So today marks ONE YEAR of my fit lifestyle

Let’s call a duck a duck – it started out as a “diet”… plain and simple.  I planned 2 months ahead to kick start my rocket-speed weight loss on January 3, 2011.  And sure enough when that day rolled around I was buckled in for the ride.  Expectations – to lose 35-40lbs in 3 months, pat myself on the back and call it a day.  I thought “if it wasn’t so bad” I might go for a 4th month and get “really hot”. 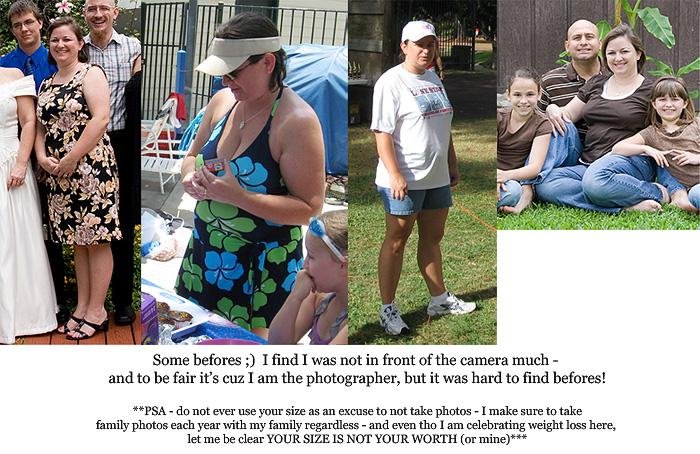 I did a few things right – I announced my goals down in a very public way and started a support group so I wouldn’t be all by myself in this temporary misery… those 2 things saved my “life”!   I quickly learned that even though the weight was dropping (did you see me jumping up and down from there???!) this journey was gonna be a tiny bit (LOT) longer than I expected and far from “temporary”,  and had I not done the 2 things above I would have lost about 15lbs, pat myself on the back and probably would be resolving to lose that same 15lb Jan 3, 2012. 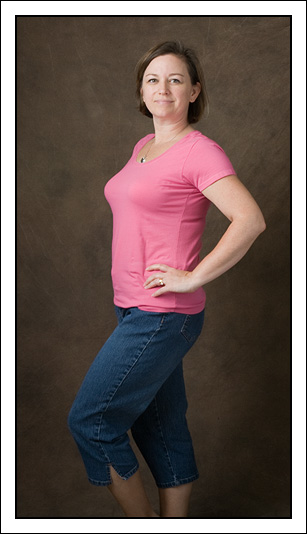 As it turns out, I made some of the best friends of my life, realized I had the best of friends in people I’ve known forever  (like my sister!) and they propelled me to keep my chin up and trudge on for what is officially ONE YEAR… 12 MONTHS… 365 DAYS… (and counting!!!!) toward goals that I didn’t know I would have.   I get a lot of compliments for having done this “all by myself” and when they say that they mean without signing up for a program on TV or at the local weight loss clinic – it’s been anything BUT “all by myself” though – I have tons of people to thank for information and support, and I hope that I have taken the time to thank them privately so they know!

That 40lbs is history, along with another 20 (I am taking liberty to round up from 18 dammit!)… but the best accomplishment of all is the courage to have new goals – even silly ones – to not be afraid to work for them and to realize that I CAN AND SHOULD work toward them. 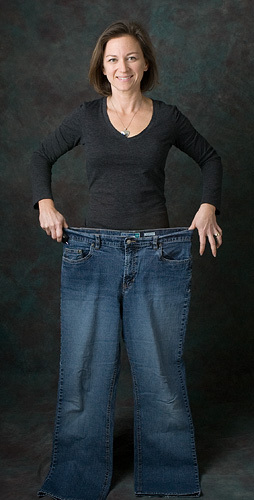 Some of the things I accomplished in 2011 that I never thought would be on any list of mine!

I took pictures all along the way to motivate myself and boy am I glad I did!  Some regular ones and then my posed monthly pictures… 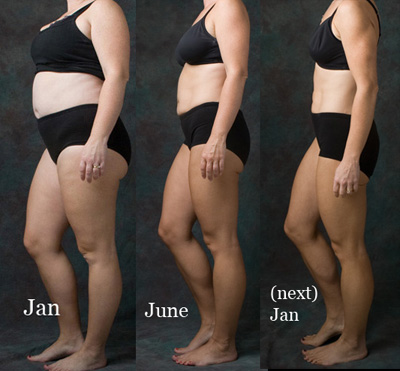 And I am even gonna show you my before/after photos from my 7 week bodybuilding contest!  I didn’t do as much building as I hoped but I am pretty proud to be standing in a bikini anyway!!!

So overall the last year was pretty great for me

more mentally than physically if you can believe that!   I have learned soooooo much – and fully plan to share what I’ve learned via this blog, but today we are purely celebrating (Bud 55 over here – what do you have?!)

But there is one thing I want to share with you now:

I have never understood why people kill themselves to run marathons when they have no hope (or ambition) of winning the race!  But I think this year has enlightened me… they ARE winning the race…  to their best selves…  will I ever have magazine-worthy abs (legs, biceps, a**), will I even be the hottest mom at the PTO?  maybe not but I am not using that as an excuse to stop working for the best that *I* can have.

Whatever your dream is – dream BIG and then work your A** off!!

**and subscribe to the blog at the top of the page so we can keep talking!!**

This entry was posted in Goals, My Story/Updates. Bookmark the permalink.